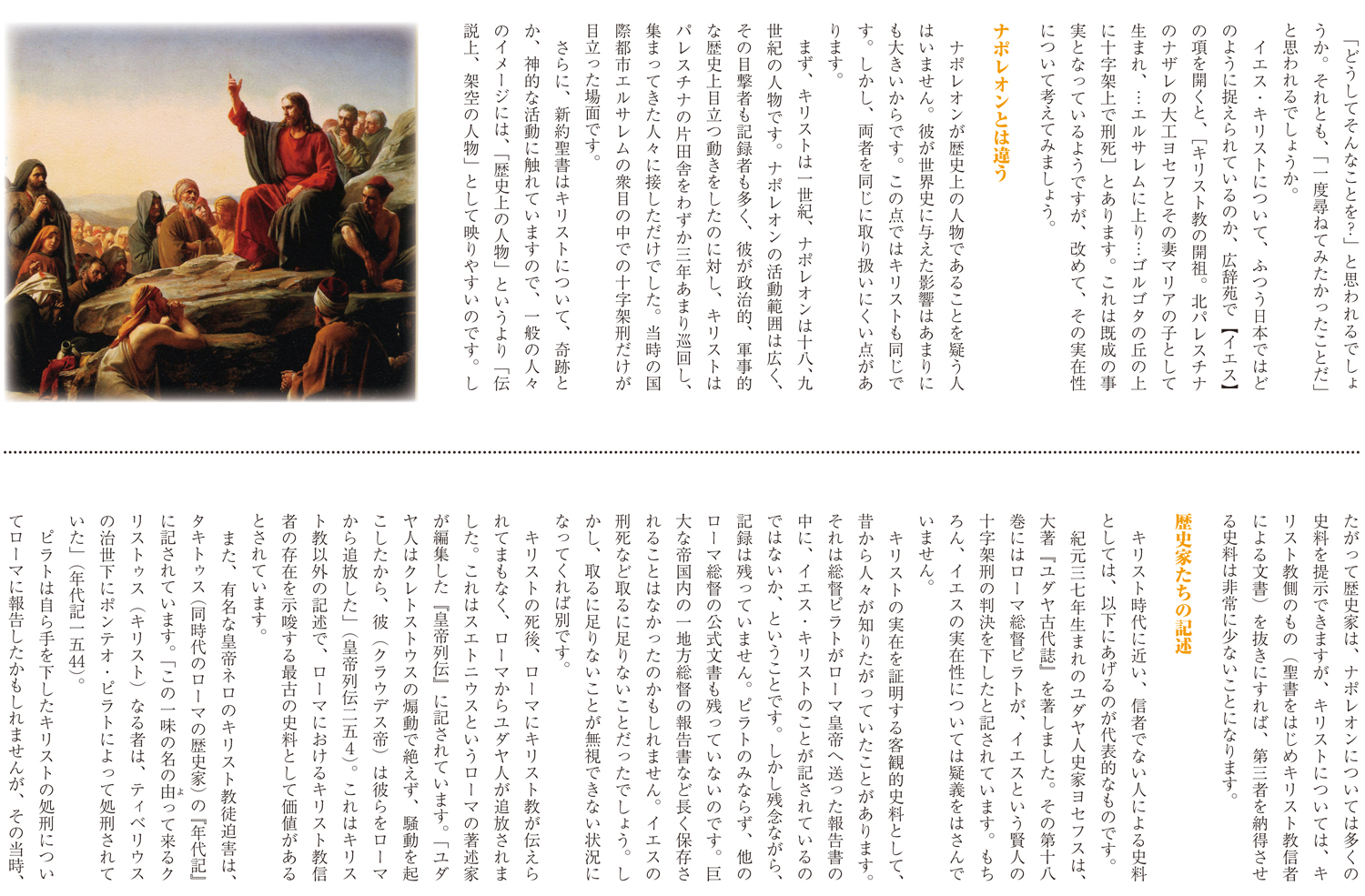 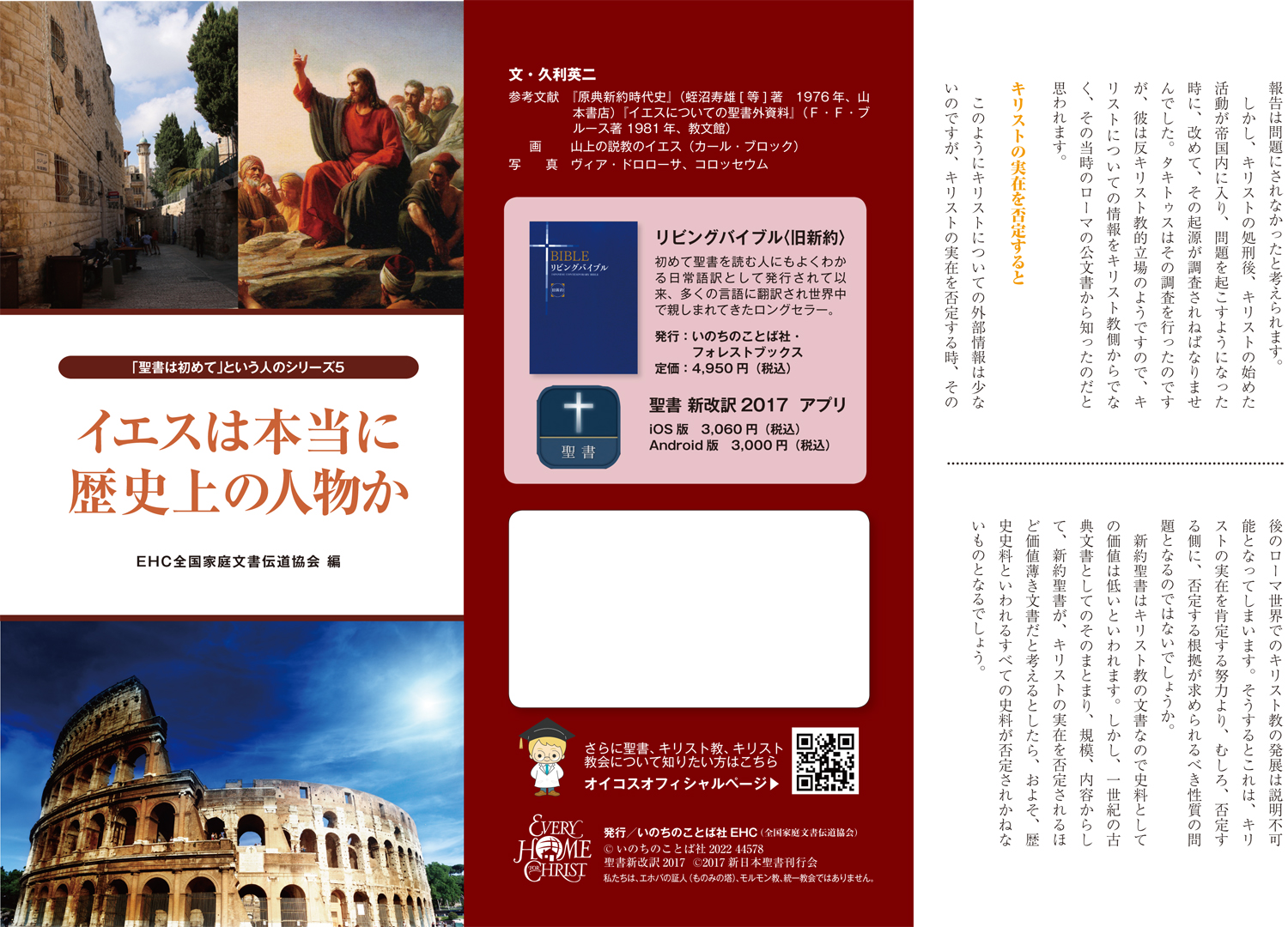 Tract. Standard Japanese dictionaries tell the basic facts of Jesus’ parents and life in ancient Palestine and death on a cross. But how is knowing about Jesus different from knowing about someone like Napoleon? Both are real people in history, but Jesus lived in the first century, worked in public only 3 years in a small area and we have fewer surviving sources from that era. However, his disciples wrote eye-witness accounts preserved in the New Testament that are very reliable. The number of surviving manuscripts far surpasses any other ancient document. But non-Christian Roman historians also mention him and the effect his life had on many people. Josephus writes about Jesus and some of the characters in Jesus’ life like Pilate and Herod and these accounts are consistent with the Bible. Also Suetonius and Tacitus wrote about Pilate’s role in Jesus’ death and about early believers in Christ. Pack of 50. ¥750+