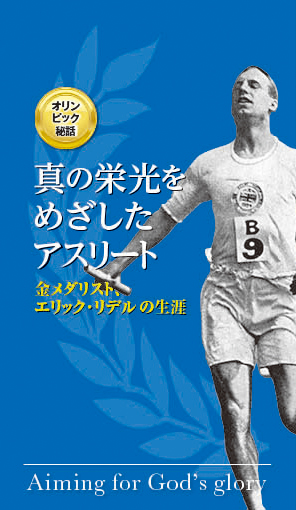 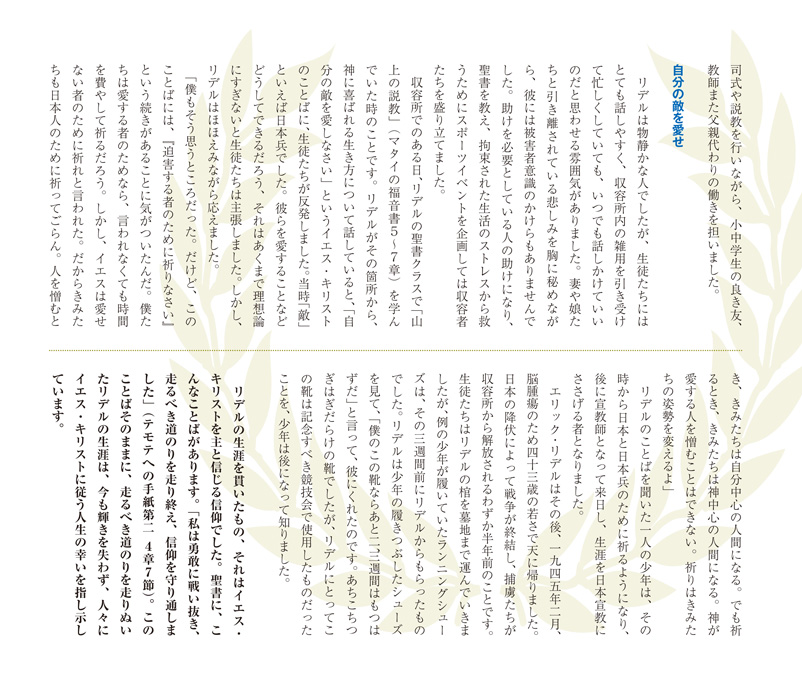 Scottish runner Eric Liddell (1902-1945) won the gold medal for the 400 meter race at the 1924 Olympics in Paris. Why did he run? He ran for the glory of God, not for himself. He later returned to his birthplace in China and served as a missionary teaching science in a mission school and teaching the Bible to many. There he met Florence, married her and had two daughters. When war with Japan threatened he sent his family to his wife's home in Canada while he stayed. Put in a detention camp by the Japanese with many other foreigners, he became a teacher for the children and taught them to love and pray for the Japanese as Jesus taught. He gave his running shoes to one boy who later grew up to be a missionary to the Japanese. Eric showed God's love and died selflessly serving others at age 43. Pack of 50 tracts. ¥1,080