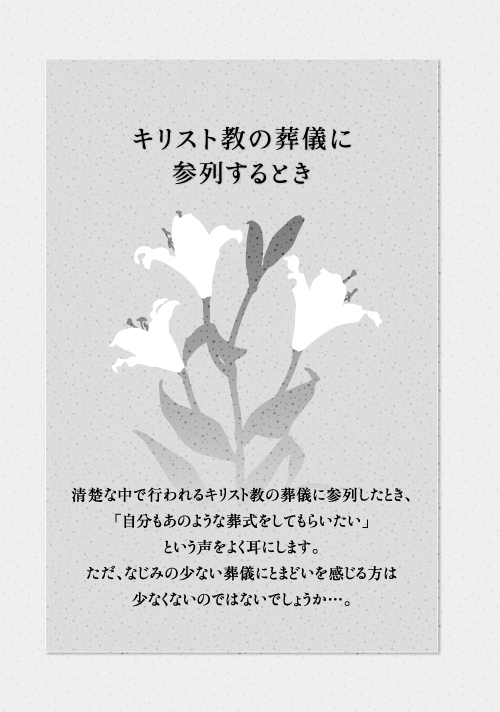 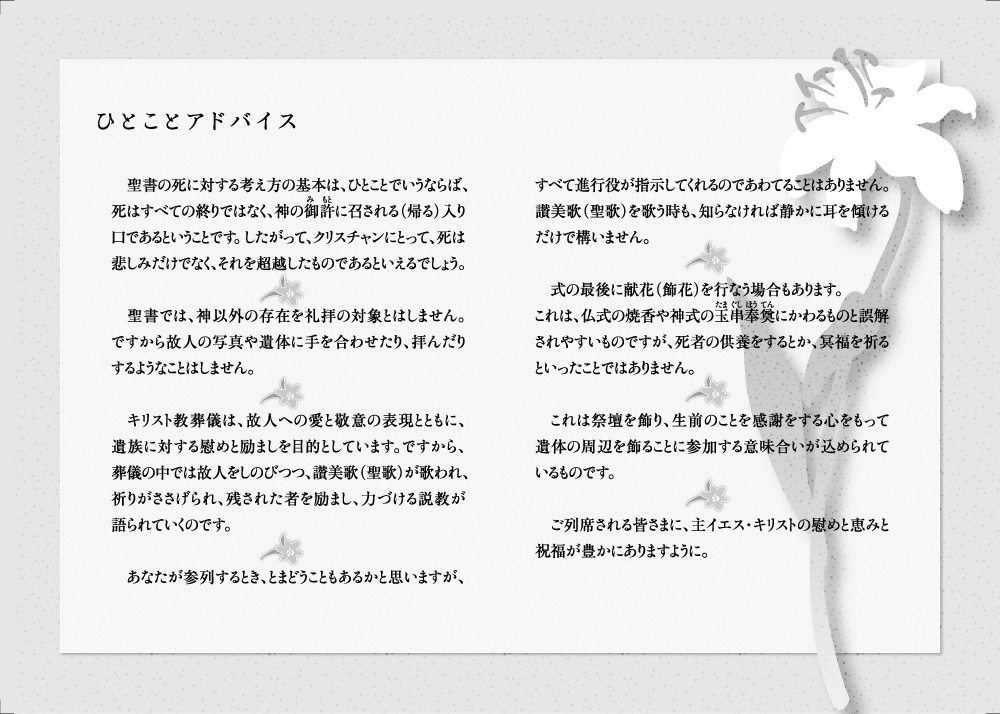 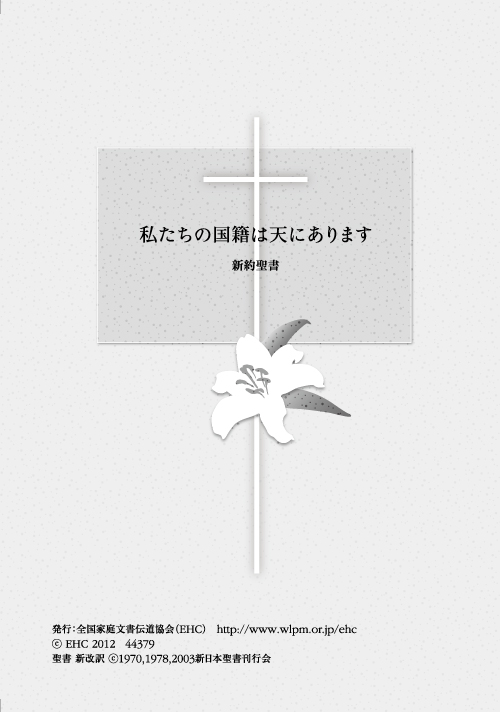 Funeral tract. Many who attend Christian funerals have said that they would like to have a "Christian" funeral when they die. But they wonder how to act, what to do when attending a Christian service. The basic idea of death in the Bible is that death is not the end, but a home-going, entering into Heaven. So, death is not sad for Christians. In the Bible, we don't worship any god other than the true God. So we don't worship the deceased. A Christian funeral is not only an expression of love and respect for the dead, its main purpose is to encourage those left behind. This is why we sing hymns, and pray to encourage those who remain. You don't have to get panicky at a funeral. The Master of Ceremonies will lead everything. If you don't know the songs, just listen. Sometimes they give flowers, but this is not the same idea as the Buddhist giving flowers to the deceased. This is simply decorative. May grace be with those who attend the funeral. Sold in packs of 50 tracts. ¥ 540+